Except from “Building from the Best of Tucson” Sonoran Institute 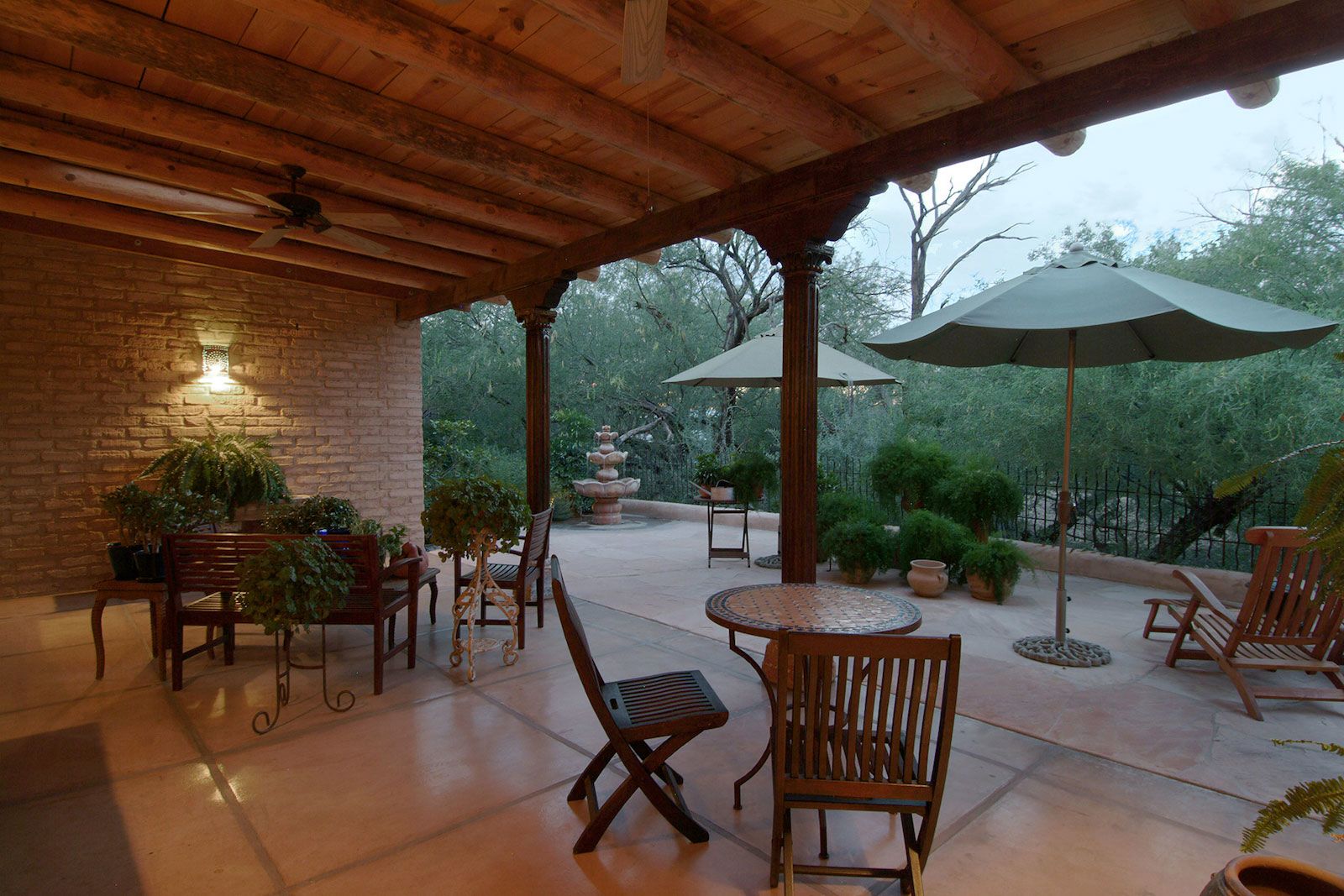 The developer of Adobes del Bosque, located near the Rillito River in the historic Fort Lowell neighborhood, made extensive and meticulous efforts to preserve a riparian mesquite bosque. These ecologically sensitive areas are becoming less common in the Tucson basin as they are converted to residential development and as groundwater is diverted to meet the needs of our growing population.

Adobes del Bosque’s developer sought to save as much of the site’s original vegetation as possible and made an additional commitment to replant disturbed areas with native plants. At the time of the developer’s purchase of the land, a significant number of the bosque’s trees had been cleared by previous owners or were dying due to the lowering water table. The developer preserved 30 percent of the site, which includes 60 percent of the historic bosque, under a conservation easement. As a result, 1,200 of the 1,400 original trees were saved.

Historical/Cultural
Homes are designed to be compatible with Fort Lowell’s historic architecture, a style that includes mostly stucco houses with walled courtyards, lush vegetation, and mesquite trees-an old Mexican hacienda feel. The development reflects the historic character of the area’s landmarks, including the nearby San Pedro Chapel, designated a state and national historic landmark in 1982, and La Capillita, a tiny chapel in the mission revival style built by Mexican settlers in 1915.

Social
The developer worked closely with neighborhood groups, including the Fort Lowell Planning Committee, which were generally supportive of the project. The developer agreed to sell two parcels from the property to a neighboring school, which will build on one parcel and use the other as a buffer between the development and the school. A proposal to link Adobes del Bosque to the nearby Rillito River Linear Park via a nature walk was not completed because the local neighborhood planning committee raised concerns about privacy and crime.

Functional
The streets have inverted crowns that harvest rainwater from homes and streets to irrigate neighborhood trees and plants. The concrete mix used on street curbs looks like gravel, minimizing visual impact.

Issues
Some of the project’s innovative elements required additional consultations with city staff. The rainwater harvesting system, for example, uses ponds for collecting the water, which the city categorized as a flood plain. This required each house to be elevated on a pad, which would normally mean removing more of the site’s original vegetation than the developer wanted to remove. However, builders found a method for installing each pad with minimal disturbance to vegetation.

Lessons Learned
The developer’s experience underscores the need for a development review process that encourages innovation, especially where water conservation is involved. As Adobes del Bosque and other case studies illustrate, there are numerous promising technologies that can help us make better use of our water resources.
Working with area neighborhoods during the planning process will ultimately create positive relationships.