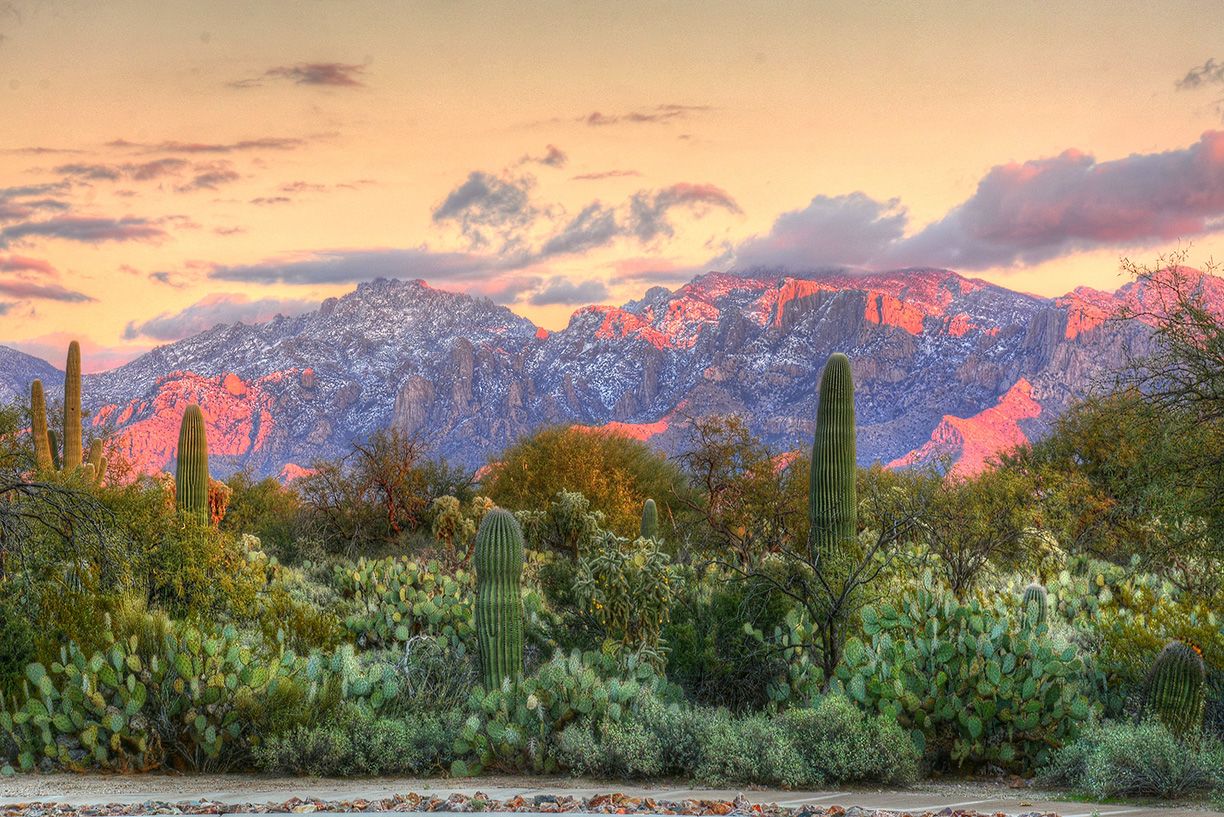 The developer of Sky Ranch, a future gated residential community in Marana, has taken pains to ensure the development is environmentally sensitive by only building on 20 percent of the land and creating a public desert education center.
“This was a great project from our perspective,” said Scott Richardson, a U.S. Fish and Wildlife Service biologist. “Someone realized they were in a unique environment and rather than starting with something economically valuable, they started with something environmentally sound.”

Developer Scott Stiteler approached Fish and Wildlife officials with a plan to leave 80 percent of the land as natural open space. “It wasn’t something we had to negotiate,” Richardson said. “It was actually very refreshing.” Though Sky Ranch has 512.5 acres, the community’s 365 houses will be clustered four to an acre on about 100 acres south of West Tangerine Road between North Camino de Oeste and North Thornydale Road.

Sky Ranch was the first development east of Interstate 10 to have a development plan of 20 percent, said Town Manager Mike Reuwsaat. Sky Ranch is in pygmy owl habitat and the high-density clustered development will probably be beneficial for the endangered owl, Richardson said. “Typically, based on data, pygmy owls are successfully nesting at 20 to 30 percent development,” he said. “The closest owl we know of this year is probably within a half-mile (of Sky Ranch), but in the past there have been a number of owls on the property. As the project goes forward, they have to make sure they are not violating the Endangered Species Act.”

Stiteler is working on a custodial plan with Fish and Wildlife for the remaining 80 percent of the land and had a Habitat Conservation Plan approved by the agency. The community will eventually have a reserve manager responsible for overseeing the open space, observing the habitat conservation plan and making sure the land is used properly. “We have 410 acres of open space,” Stiteler said. “That’s an incredible asset that needs to be taken care of.” Sky Ranch will soon break ground on the residential portion of the development. But more than homes will eventually be going up on the property – Stiteler has set aside land for a public children’s desert education center.

“Instead of building homes, I wanted to put an education center in that will benefit a lot of children,” he said. The idea for an educational center to empower children as they learn came to him last year when he took his daughters, then ages 4 and 8, on an 8- month trip around the word. “All the time away from TV and newspapers gave me time to think about this,” he said. The developer will make a contribution of $1,000 per house toward the education center and will also pay as much as $250,000 if the per-unit contribution falls short. The center, which is still in the design stage, will sit at the southeast corner of Tangerine Road and Camino de Oeste. Preliminary designs are for a 5,000-to 10,000-square-foot building with a small amphitheater for lectures and demonstrations about the desert run by an outside organization, Stiteler said. They will probably break ground for the center within 18 months, said Stiteler, who is now working with a variety of groups on developing programs for the center.

There is one project Stiteler is sure he wants to include – he is setting aside 15 lots and will allow children between the ages of 8 and 18 to create houses on those lots. The children will be in charge of every aspect of those lots, from the land purchase to the interior design and landscaping. The children will work with bankers, land buyers, architects, interior designers, landscapers and real estate agents. “I think that a lot of professionals will want to be involved and work with the kids,” said Stiteler, who is also looking for teachers and college students to help with the program.

Sky Ranch and the center create a good balance between the human environment and the desert environment, Reuwsaat said. “Rather than put in a park,” Reuwsaat said, “Stiteler decided he’d put in an educational center that would be a long-term educational asset for the community and would celebrate the desert.”